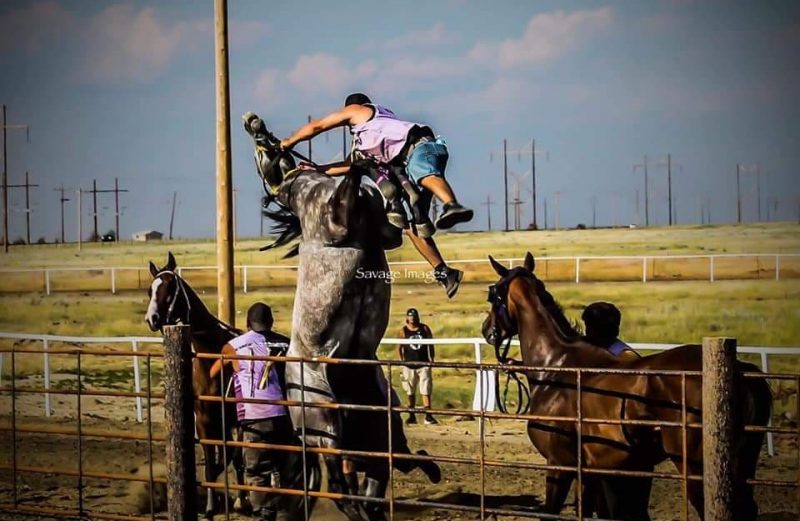 Hi Folks. Hope You all had a lovely Week and that all Your Horses are well. 38mm of Rain so far so we are all very Happy.

On a very Sad note, we had the terribly sad responsibility to put down the wonderful Donner Belle Yesterday 😥 It’s a terrible thing but we can’t risk having a horror Story with Vet’s involved.

She has been sick lately. Colic and Nose Bleeds and we brought Her Home from Gainsborough this Week, fearing the worst. She was losing weight regardless of the top feeds and then was in obvious Pain. She had a wonderful Life and was treated like a Queen.

Bella was probably the second only EU & Olympic Class Warmblood in this State but was one Hell of a Challenge. They couldn’t break in Her Mother and so she Bred early and we purchased Bella when she was 6 Months Old.

THE MOST Alpha Mare I have ever met, called HE by most Dressage Judges and had the incredible ability to Control Horses not only next door to Her but 2 Paddocks away and she even did it here over the last 2 Days, whilst sick, but never to give up Her Power 🙁 She reduced Dolce to a silent Sentry, next to Her Gate and not to move. Almost in a trance.

Sadly, just when she was arriving at the Olympic Level, she had an accident caused by a Vet (who later shot Himself) and injured Her Hip, causing ‘late changes’ and the end of the last steps. 😴 Alas, all those Years of work and the Pain we both went through to tame the Mare. She put me into the Modbury Hospital, for a Pin clean through my left Arm and Bucked Mrs. HP off more than once.

Indeed, 15 Years later, just recently, we were in the Flinders Hospital Outpatients (2020) and this Surgeon that I was explaining an injury to but wasn’t answering me, suddenly began uttering “Mr & Mrs. HP?” I am the Doctor that put a Pin through Your Arm 15 Years ago and we had a conversation through the Operation as you refused General 🙂

I have often warned about this over the Years. It is Hell dangerous to put a Horse down. There have been many instances of Horses getting up and running through Fences, when being put down by Vets’ with injections. I am dead against it, for that reason and also because they first give them the big tranquillizer and warn them before hand.

Then there are the next new Age Science driven BOLT GUNS. This Week.

Horse gets up and runs with a Broken Leg

Last Week – after the Bolt Gun was used by the Vet. Horrendous Folks 😴 Imagine the poor Horse…..and Owner???

so I subscribe to a High Powered Weapon, instant Death and the Horse doesn’t even know what’s coming. Sad but reality.

MY FAV – THE WEBBING HALTER

I must thank the Manufacturers and users of this useless piece of equipment, for they have made us hundreds of Thousands of Dollars over the Years, for basically almost every Problem Horse that we meet, wears one 😋😋

With the advent of Social Media, I have really enjoyed watching all the Webbing Halter People, as they fight with their Horses, completely oblivious to the fact that there is another way.

Video of the Day

There are so many things that cross my Life, I sometimes don’t know where to start.

You all know about the Cruel Puppy and Horse Farmer, from up Port Pirie way and Her exploits over the Years. She now has a Warrant out for Her arrest, via the R.S.P.C.A. here but she FLED TO NZ, using false names.

Her name here was Dora Ryan but she fled using Lena Duncan but she also has the name Teodora Nedelchava and now even a new one, Ashlie O’Brien. She must love the Irish 🤣

There is so many stories I could tell You about this Thug but I haven’t the time, but THIS WEEK………another one.

She has not paid wither the Trucking Company who transported 26 Horses and God knows how many Dogs, to Melbourne, nor the International Air Freight Company who flew them all to New Zealand. Go figure that??????? She gets them every time. Too smart…….and now a little story closer to Home, at Gainsborough.

We took on an Agistee last Year, a Lady who basically didn’t know what a Horse was, nor a Bale of Hay. Mrs. HP was patient as usual and taught Her how to feed it and so on. She was funded by the State Government as she had Mental issues and the Pony was to be Therapy. Good Old Tax Payers hard at work again 😕😕

Anyhow, over time, she began to quite like this Horse Game and although she couldn’t ride, she thought she would start to learn.

So she answered an advert for an UNBROKEN 3 Year Old Gelding, from Port Pirie way, paid cash, didn’t ask us about it and on the fateful Day, we happened to be there!!

and here are a couple of Her Horses now, in New Zealand.

and inside the Truck, run up in there the Day before because it was feral, was this poor sad Boy 😪

He was running Gainsborough for us back then, had zero experience with Horses because that is how You want it, for he won’t get challenged by the Álpha Mares’ and the ‘Stable Experts’ and he went great…….BUT…….he started to get a bit of a “rush of Blood’ (suddenly thought he was a Horseman) and one Morning, he went into Feed the Pally but for some reason, wanted to catch it. I had put a webbing Halter on it for the Plebs😎, but he couldn’t catch it. He totally lost it, had a melt down and began messaging another Paying Customer (Bloke who I had named “the Paralowie Cowboy” (who I had helping the Lady from time to time and working with the Horse a little.) Young Andrew abused the Cowboy, up and down with about f words commencing almost every sentence.

The Cowboy and the Owner, then struck up a handy little relationship which please me 🤗🤗🤗 but there was only one problem you see…….The Owner was constantly being mentored, via Her Mobile Phone, wired for Sound, by an American Indian who she had never met but had struck up a relationship with. He basically ran Her Life, virtually, 24/7 You would be talking to Her about Her Horse and he would be in Her Ear hahahahahaha

Anyhow, eventually the Horse got sold for a major loss and is hopefully living a normal Life now…..at Aldinga somewhere. …..but that’s only half the story…….🤔🤔🤔 More next Week.

“The properly trained Rider, the one that can feel if a Horse is ‘straight’ in it’s work, or not, will always bring out hidden unsoundness of the Horse, such that the Vet’s can miss at the Pre-purchase Vet Check. The ÇORRECT Rider, always brings unsoundness to the surface, whereas the Amateur Rider goes around, mostly not knowing the Horse is compensating in it’s way of travel and the Horse then goes around fine and shows no issue. “

Compliment of the Week

Thanks so much to the lovely Lady who sent me this. Thanking me for the quality of our Breaking in Collar.

The unbroken Horse is tied to the other Horse, learning to give properly, so that there is no need for twine, throughout Life. No breaking away at shows and causing Court Cases or getting injured itself.

Hi Mr HP,
Well I gave it a go this morning and my horse was in total shock -lol. He let me put it on without issue enjoying the together time as usual but when I asked him to move off gently he freaked out. I didn’t have a saddle on him only a halter. He settled after a bit of calming from me but he looked at me like what on earth is this thing – “help it’s choking me” which it wasn’t as only had it on the first hole initially but once it softened moved to second.
He eventually moved to walk but kept his head down for relief when I asked him to trot, again he would keep his head down as when he lifted it he would stop and be confused. As for canter well he didn’t want a bar of that and resisted then only did a couple of strides but then got confused about the collar so puts his head up then stops.
It is quite windy here today so it was a good test in the round yard as he has become a bit of a ‘no’ boy at 12 for various reasons and when asked have been getting the bucking and kicking out. So not keen to get in the saddle of course.
Although only a short session today to introduce him to it, the change in behaviour was immediate and quite interesting. I will let you know how things progress.
Thanks again, don’t know what we (or our horses) would do without you!
Regards
Dianne

I don’t know the full story as we haven’t discussed the Horse, you were just a Shop Customer.

Don’t overdo the intro and I do hope You have put Air Brakes on this Horse…and understand that 2 Reins are meaningless with a Bucker.

I perhaps goes without saying, that many of us are disappointed with the “Cloak and Dagger” approach to informing the Public adequately and without ‘Spin’. This Week from a Nurse, that the new Variant ‘Delta’ is showing a success rate of 25% with the Astra V Jab. 😙