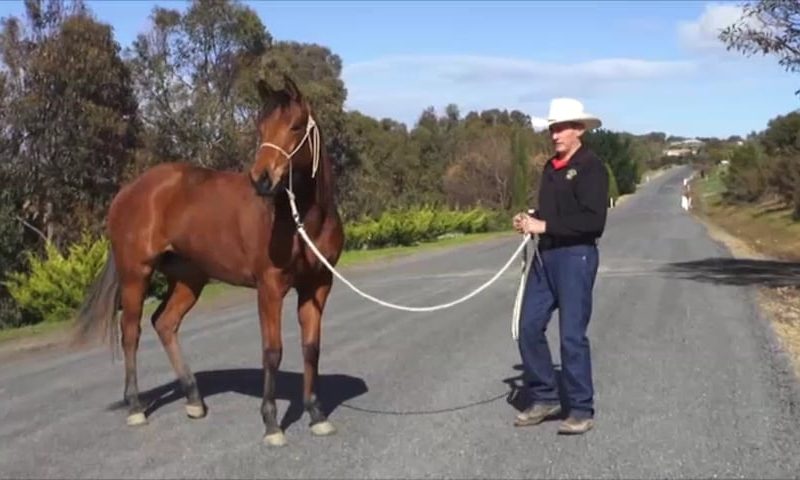 Hi Folks. Hope You had a lovely Week.

We are very pleased to see the District Greening up, in the middle of Summer, thanks to the 44mm we got last Week and now again this Week, good Rains. Yay!

Check out the Rain at Gainsborough

and the District Greening……..

We have had the NBN Fibre to the Home, for 3 Years and a 100 Meg Plan. It’s crap and no different to Broadband 2. Go figure that.

I remember me saying to Mrs. HP back when Kevin Rudd decided to spend 70 Billion Dollars, that he is dead set stark raving Mad, because by the time they finish it, new inventions of Wireless will kill it.

and so it is this Week, sadly, we shut down our NBN LIne and now have this…..

Not a problem now, anywhere in the Home, way cheaper and yep…..configured for 5G……but wait, there is more 🙂

Cappo has been a Dream Boy and making a number of People very Happy with their Lessons on Him and now we have the Rider of a Warmblood Stallion ( Roulette), coming for a Lesson on Him, as she has been stuck at Elementary for a couple of Years and can’t get the Changes.

We have been back and forth from Gainsborough ( which saddens both of us each visit) for the obvious lack of respect for the Property. It’s a struggle 🙁

Just Walking around this Week………

Yep, they were screaming their Heads off 🙂

It took a lot of time and effort for us to find the fault, including taking the Electric Fence Unit apart and endlessly walking the Property, but recently, I was there and went for a wander. Here is what I discovered, with a 19kva fault, the biggest I have ever seen.

If they had a Brain, they would be dangerous 🙁

but on a high note, ‘Young Chris’ has survived his foray into Horse Starting, unscathed and looks like he might be off and running now. Going to be a Bold one too.

Remember the Story?…….he purchased it from somewhere in Myponga and got the Professional Horse Carry Company in. They spent 3 Hours trying to get Him on, called the Vet’s and the Drugs and finally got Him to the ‘Goal Stables’ at Yatala Vale. I then got roped into going around there and trying to get Him onto a Horse Float. Wonderful I thought but I couldn’t say no as he wanted to shift to Gainsborough and You can’t knock back clients.

I told You about the Property, didn’t I? …….it was not unlike what You would imagine where the Corona Virus has just been triggered in China. OMG!!!!! I was having to kick Chooks out of the dust so I could load the Horse. You can see inside on the second photo above. I almost got my Head bitten off as I walked Him out 🙂

The current Lessees have been kicked out. I don’t know whether it is going to stay a Battery Hen Agistment Property where Horses stand on Cement Floors in 10 foot yards but time will tell. It won’t be any Loss.

Anyhow, he surprised us all and walked on in under 2 Minutes and here we are.

Well blow me down, last Night the Phone rang and it was the Woman who was running the place.

“Well Your Gossip is wrong Madam. He didn’t put a foot wrong”…….best of Luck. Goodbye.

Gossip of the Week

and I have plenty 🙂

A Ground work Clinic was held at a large Warmblood Stud and ‘Mr. Rope Halter Man’ from up Mt. Barker way, was invited to do his thing.

Anyhow, the Stud Owner was devastated, for She could see the $30,000 disappearing into a Black Hole. She worked quietly with the Horse for a few more Days and then had a couple of quiet rides (broken in previously and had been going well) but then got decked Herself, causing extreme injuries after being kicked in the Chest on the way out, shifting Her Spleen. So she rang up a Northern Suburbs F.E.I. Rider and Stallion Owner and asked if he would take the Horse.

Now due to Her refreshing honesty, she demanded an agreement that he would work and ride the Horse for 12 Months, before selling it and if he did, he could have the Horse as a Gift.

Couple of Weeks ago, the Stud Owner got a phone call, from a Gentleman in Victoria, who goes casual Hunting on the Weekend, asking about his new Purchase that he had just bought ‘site unseen’, taking the word of the F.E.I. Rider :(….the Trainer had only had the Horse for 3 Weeks 🙁

Senior Event Rider and Coach to be charged with breaking Social Media protocols, in attacking Judges.

Trailer of the Week

“Horsemanship – the art of reading the future, with Risk Management in MInd”

Thinking outside the Square

Every Horse is different. If You want to make it the top, You need to “think outside the square” and to not blindly follow a particular system of Horse Starting, for if You do, you will have many failures.

This Horse was here for the first Day of it’s Mouthing process. It couldn’t be done because it needed the Day, to get over it’s locked mind.

Subject: Hi ,I’m just wondering if its still possible to order bits through website? I have one of your comfort snaffles in ring sleeve and now would like a couple more.Great bit all types of horses happy in it.

Boof of the Day

Hey…although I’ve only had her a year and not done her justice work wise…but am trying …have a 4 year old ottb that was rescued by a good lady 2 years ago…2 bowed tendons in front never raced…she had her for 2 years fully vetted and recovered ..ie massage vet chiropractor shoes…anyway I’ve had her for a year…she started with a bit of an Attitude on the ground..ears pinned and not Liking to be brushed …super sensitive…went from total running to now hunched bucking and trying to bite me when I am in her back…bare back to 4 different saddles…no spur crop or push except consistency… hate it when she tries to bite my leg…is this just a mare thing…? She came nicely from lunge and super runny but now I feel like I have created the spawn of satanI currently ride in my jumping saddle and try to just i courage forward…she seems to hate everything..although moves nicely when she forgets I am there…I am a an armature but know she was fully vetted with the woman I got her fromMares are toughI have your reins and martingale…helps to keep her from hitting me in the head…she was great initially…just super runny and forward…I have done round oen and lunge with and without aide reins…she fusses and does the same thing as when I am on her back

These Horses are high end difficult Heidi and without seeing Video of some of your activities, we couldn’t hazard a guess. If we see Her, we can tell You all. Perhaps have a look at this. Token fee to help.

Have You assessed the Horse for Ulcers? 100% have Ulcers when they leave the Track.

To do justice to these Horses, we have learnt that there has to be a complete package of actions, to support the Horse throughout. Only Yesterday, was I in fact working on a Trailer for the training of such Horses and was watching video of them.

Those steps should be: