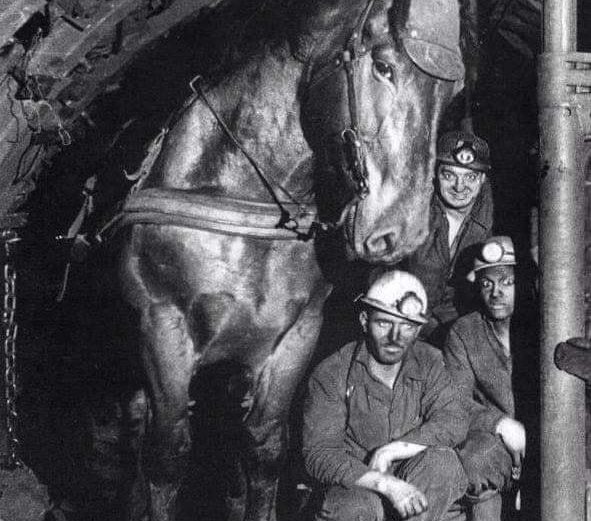 Hi Folks. Hope You are all well and staying safe. It’s not easy these Days!

Lovely Rains, Mrs. HP Training and teaching in between Showers and Trail Riding more. I have now caught the Flue but due to the shot, it is only minor.

The immense mis-information from our Leading Health Bosses and Governments. All is not what it seems to the poor innocent and if You are not completely switched on to be savvy, you are in Danger.

Here are just a few facts from around the World, such that one must observe and dwell upon.

here is some FAKE NEWS for you

Federal Health Minister, Hunt, has been admitted to Hospital. The 55-year-old has been given antibiotics and fluid as a precaution and is expected to make a full recovery, his office said in a statement.

Mr Hunt and Department of Health secretary Brendan Murphy were among the first to receive the AstraZeneca COVID-19 vaccination at a Melbourne clinic on Sunday.

“His condition is not considered to be related to the vaccine,” his office said in a statement.

Best wishes to one of my best Mates who had the first jab less than a Month ago and this Week had to have a Heart Operation and another one in 3 Weeks, to fix blockages.

It’s terrible to have to act as a News Outlet, but read this

Lawmakers are reacting to reports that Dr. Anthony Fauci initially resisted a Trump-era order to cancel a controversial research grant from the National Institutes of Health (NIH) linked to the Wuhan Institute of Virology in April 2020.

Fauci, who leads the National Institute of Allergy and Infectious Diseases, initially resisted a White House directive to cancel the NIH grant to EcoHealth Alliance — a nonprofit conducting research on coronaviruses that had previously worked with the Wuhan lab some experts fingered as the origin of COVID-19 . He later “reluctantly agreed” after learning then-President Trump was directly behind the order, according to an upcoming book by Washington Post reporters Yasmeen Abutaleb and Damian Paletta.

There is a Coach that regularly visits South Australia and he regularly FRIES Horses and ruins them to the point where they need major psychological re-habilitation. You can’t make this stuff up Folks.

He must lack ‘Horsemanship’ for he pushes Horses too hard and cannot identify the damage that he does, in front of his own eyes.

Further, he doesn’t understand what “Risk Management” is, regularly placing Students at the serious risk of Danger, therefore injury and indeed, loses Pupils off Horses.

The Dressage Pupils of this State need to wake up to this Bloke!!!!!!!!!!!!!!! and that will save us a lot of time trying to put Horses back together.

Don’t think this is a new thing. It has taken us 13 Years to get around to this Bloke. Here is one of the many results of his Clinics.

The Internet, World wide, is full of Videos of aggrieved Horses and with almost 100% of People still blaming the Horse. It drives me up the Wall and I would dealy love to go onto these Threads and get after them but it’s not worth it. You won’t change them. Not possible. Take this one of Yesterday.

and the unanimous view is that the Horse is being a Shizzer 😣 It’s been all checked over!!!!!!

Well sorry, I disagree. The Horse tells us that it has an affliction of some type, which triggered the reaction. Find that and you fix the Horse. You don’t fix them by blaming them!!!!!!!!!!!!

So I decided to spend the time to properly examine this Video……..

So let’s get this right again, 100% of Facebook Experts blamed the Horse

and it was caused by the upward fixation of the Patella of the off side rear Leg.

This is replicated across the Planet, hundreds of Thousands of times per Day. Think about that Folks!! 😥 Our Poor Horses :(….and talking about this, let me tackle another hard subject……

Many People have a Coach but they go to sundry Coaching Clincs. They are Clinic People. Fair enough.

What they don’t realize is that this is anti horse training. Just think about it, the confusion for the Horse.

If I were to start a Breaker and ride it a couple of rides with my systems, then to and watch Pat Parelli, come Home and do his system, the Horse will be ruined or Buck me off in a Week.

My Wife regularly sees the damage done to the progress of Pupils Horses, when they go experimenting afield.

TIP OF THE DAY

Remember, every single confused moment in the Life of a Horse, takes the training backwards.

This Week. They are all over the Internet. I feel for the Horse first and then the Rider, for both are being let down by the Industry Heavy weights for the Industry simply does not have an educational direction and no one has ever tried to achieve one

Instead, these poor aggrieved Horses, go round Daily, in Sadness, learned helplessness, discomfort and often Pain. The whole time their Bodies are being shaped to NOT be able to carry a Rider in happiness 😪

It’s never the fault of the Young or Old Riders, it’s the Industry Administrators’!!!!

Message – there must be a better way

When they don’t know that there is much better way 🤷‍♀️

Yes Shannon. It’s very unfortunate this this type of Training gives “Cowboys” a bad name for this Horse was simply fearful and didn’t need the shock of the slap on the Rump. 😣

A couple of Years ago, I started this wonderful Horse……IN 2 HOURS!!!!! His first 5 minute ride was in the Round Pen, his second on the Beach (where he had to lead as my companion couldn’t) and the third, down the Roads with his Nervous and mature aged Lady Rider was on Him.

Such a Darling! Off he went Home and I have always given Him a Toot when I drove by his place 😊

This Week, I was shown a Video with Pony Club People looking to Buy Him and riding Him at his first Trot, happily. He hadn’t trotted with his Owner 😄

Sold bombproof horse that turned out to be an accomplished bucker. GS wouldn’t honour his word & refund money, so I took him to small claims court & was awarded a full refund, plus half transport costs. He paid up on the 6th of the 7 days he was given. Similar story for my friend, except her horse was deformed from front right shoulder down. She was awarded full refund plus half transport. A good outcome I’d say. Thanks John

Hi, I’m looking to start doing some work with my 3 year old horse. He is relatively unhandled and sitting at 17hh. I am looking to start him sooner due to his size. Haven’t backed a horse on my own before so need a system to help! Thanks

Freedom of Speech and movement gone

Did you realize that nothing that you do on the internet anymore, is your decision? That THEY are deciding who even see’s what you say. Do You think Your Friends see what You write, that your post is seen in the News Feed/? Wrong. Nothing of the kind.

I have 4775 Friends and my Posts go PUBLIC. That should equal Thousands, right???? I always knew it but I finally got the proof.

Did you also know, that if You don’t pay Goo g le , You don’t get seen any more, even if running a Business? Lovely isn’t it. The greatest Bank Robbery in the History of the Planet. Hijacked the www and ended it.