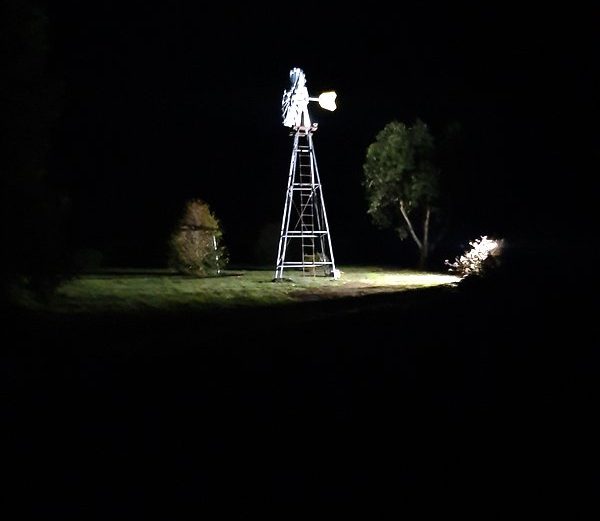 I never thought I would see the Day, where the wonderful Internet that I first saw in 1999, could be completely ruined, by a few Big Tech Firms but it is now a helpless and hopeless environment. The Net has been hijacked and only serves the needs of the Barons.

I never thought I would quote Vladimir Putin but this Week, in an interview with the World’s Press prior to his Meeting with Touchy Feely Jo, that America is heading to be the same as Russia was prior to it’s breakup. Big Tech is being used to manipulate the World, influence elections, lock out those they don’t agree with and indeed, working hand in hand with the intelligence Agencies. If you want to know the whole Truth, watch the second half of this.

and so it is that I and Millions more around the World, have been shut down on F..B…..blocked on Y T and worse. G o o -le gave actively stopped Businesses around the World, from making a living any more unless You pay the Robber Barron’s, the new Mafia of the N et. They have destroyed our Business. 😒 We were No. 1 all over the World in the real Internet, for 18 Years, but suddenly, along came Big Tech and now we can’t be found, because we won’t pay their advertising, so all of the massive free help on this Site is hidden, way back on Page 3 of Goo gle, where no one goes any more for they have been trained by them 🙁

So we can’t communicate with the World any more and obviously our Website is the last resort now. So Bugger them, here are some stories for you.

Still an extreme Life that we lead. No time, running like Dog’s. Mrs. HP has been sick all Week, in Bed and I have been flat out, with the care of all Her Horses on top of my duties.

You may say I am Nuts but I built a Windmill 🙂 Took me a Month and I had to go back and learn Algebra again 😃 I am so pleased with it though and You can see how I have lit it up at Night, with Solar Lighting. Not your normal sized ‘Garden Art’ but looks good on big acres I reckon

Mrs. HP has been extremely busy Coaching, Celeste has gone out to the Paddock and Dolce is arriving at the Olympic Level. You will see that below .😍

How about this John?

Well You are a very Naughty Old Pensioner Pete 🙂

The Public have now been lied to and kept in the Dark, by Government and our Media here. The worst culprit us the A.B.C. where our Tax Dollars go to. 7,9 & 10 are also Fake News and every night they cover up or misdirect the Truth. Here are some things You need to know. I am sure the general Public are not a wake up!

This post written about my father by my sister Lexi LoganMy Dad, William Clive Haddon was taken to the Modbury Hospital by ambulance late Thursday night with severe abdominal pain and profusely bleeding and blood clotting from his urinary tract. He was sent home with a suspected urinary tract infection and told to get antibiotics. He bled and suffered for another day and was taken back to the Modbury Hospital by ambulance on Saturday morning. He had to have blood clots removed from his urinary tract and was in emmense agony as he wasn’t allowed any pain medication. After persevering through a blunder of inadequate care he was transferred (handballed) to the Lyell McEwin Hospital at around 5pm. Triage was extensively delayed and no tests were done to see where his bleeding was coming from. Once this disgrace of a sideshow was over he was given minimal pain medication and was told he couldn’t have anything stronger although still having major abdominal contractions. The nurse told him to not cause any trouble over the night as her shift was ending and she wouldn’t get much sleep and she’d be back in the morning to hear about it. He asked when he would have any test to see what was happening and she said maybe tomorrow maybe Monday who knows its the weekend. I informed her that he had had his Covid Vaccine and she shrugged and said yeah I’ve had mine too and it didn’t bother me. His wife and I were told to leave the hospital after visiting hours although no information was given on what was happening. Just before we left he had a really bad cramping pain which was agonising for myself to watch and when it subsided he said he wanted his light left on so he could try and read his newspaper The Australian because he knew he wasn’t going to get any sleep. It then took 3 hours to transfer my dad who had a stroke in a hospital, untreated to the Royal Adelaide Hospital. He suffered major damage to his brain all the while still bleeding into what he sarcastically referred to the day before being his rose’ bag. They performed an operation to clear the blood clots in his brain which was unsuccessful. Information and communication or lack of from participating hospitals only added to the lack of fastness or even knowledge of what to do for him added to the undue care that had been administered. Told once again to a nurse that he had the AstraZeneca Covid vaccine to which I got a shoulder shrug reply. (I have this on video) Then began a long and torcherous day and night of insurmountable pain, agitation and what I can only describe as a hell of a fight to live and breathe. He was moved to the ICU in the early hours of Monday morning. When I spoke with the ICU doctor he had no idea of all this information and had to follow up to find out, no information from Modbury Hospital has been given to us at this stage. Monday afternoon he was put on a ventilator and has been hanging on like the bloody trooper he is.The doctors have now told us there has been severe swelling in his brain caused by the clot and there will be no recovery. He has only hours/days to live. Heavily sedated on a ventilator. My Dad is True Blue Aussie and deserves more respect than this disgraceful service the SA Health Departments have provided, all the while trying to disregard and sweep the Covid Vaccine under the rug. Well that is NOT going to happen and he may not be able to speak but my voice will not be silenced.Tag away and talk it up because this should not happen to anyone. This man is not a statistic, He is My Dad!This is not a urinary infection Modbury Hospital, his tests showed no infection, he had low blood platelets profuse bleeding and blood clots throughout his poor body. This is not good enough!! Where is his duty of care??Today Tonight Channel 9 SA Health Therapeutic Goods Administration – TGA ABC News ABC News South Aussie with Cosi Nova 919

This Weekend, a Stroke Victim, from the AZ jab, got rushed to the Flinders Hospital, from the Victor Harbor Hospital!!!!!!!!!!

You won’t see any of this on the News Folks.

Pfizer (you won’t hear this on the News Folks)

After doing the Daily Rounds, where ONLY PEOPLE UNDER 50 YEARS can have it, they are thrown in the Bin.

Meanwhile, the Premier of Qld, cunningly gets the Pfizer. She is 51. Hellooooooo????? 😯

LIfe still goes on. Horses though here regularly. I enjoyed this one though as I upset the Dressage Queens hahahaha

Wonderful Horse that has come here for Re-Mouthing last Week. He had been leased to a Bloke and he must have been heavy of Hand. Never the fault of the Horse and he is a Dream again now. He is for Sale and way too cheap in my opinion.

anyhow, the Queen….(Dolce) Her eyes nearly popped out of Her Head hahahaha.

anyhow, it finally gave me a chance to get a bit of Video of Dolce latest progress, as she heads to the final level of Dressage. Well done to both Queens 😁

The Crooks keep going on and on and on……..

20 Years later, they still are doing it. Ripping off the Australian Public, putting lives at Risk 🙁

Hi John. Someone screenshot a post you put up about Wayne brown. I’ve just been stung by one of his “beginner horses” do you know if anyone was able to get $ back? It’s hard that he has all these girls working for him backing him up.
I don’t have any, no one wants to ride him, not even trainers will get on unless he is in a round yard

They can’t be trainers Because he spooks just at the stirrup moving on the saddle Spooks.

and of course the ‘Serial Pest’ Glen Stibbard or his new name Stib. How do these ‘Low Life’s’ get away with it for 20 Years and are still out there, large as Life. Something wrong with the Industry!

So many but just one this Week. More next Week

Hi John. my latest breaker. 5yr old Morgan filly. She was started by your methods and this was her first time hacking out at home. Faultless, even on the roads with traffic. Such a great mouth as well. 100% safety – she felt like hacking out an old hunter. Full credit to you. Too old for this lark now -66, but I said that 4 years ago!! you can put this on your website if it helps. xx

Congrats to all of Mrs. HP’s Pupils around Australia, for winning at State Championships and many other comps. Great job to all of You.